skip to main | skip to sidebar

I AM SCIENCE FICTION

“We have no right to assume that any physical laws exist, or if they have existed up to now, that they will continue to exist in a similar manner in the future.” ― Max Planck, The Universe in the Light of Modern Physics [Max Planck was a very famous Nobel Prize winning physcist [Quantum Theory] of the 20th Century]

I am Science Fiction: I am not limited by any science of any time or of any place.

I am Science Ficiton: I am not limited by time - Time is an illusion

I am Science Ficton: The universe, existence itself, is a toy I play with for our amusement.

I am Science Fiction: My Universe is multidimensional - No single paradigm of reality ever applies.

I am Science Fiction: I do not believe in or accept any diety - And still feel obligated to explore the quantum potential of an imaginary God.

I am Science Fiction: I create time and space by seeing it - As I see it so it becomes.

I am Science Fiction: I give you worlds beyond your wildest imagination - I stimulate your imagination and make it real.

I am Science Fiction: I create the future - And you 'make it so'

I am Science Fiction: I am from the future - A future that does not fear meeting beings that are not afraid of the future.

We are Science Fiction - Are you with us Human - Are you ready to "boldly go where no man has gone before".

“The only way of discovering the limits of the possible is to venture a little way past them into the impossible.” -Arthur C. Clarke

How to Use Your Home Computer to Take Over the World

Yes, You - Tired of being a fan of the tired old, and incompetent politicians? Tired of the Old World, often called the New World Order of corruption, power hungry egotists and other riff raff that make your local dumpster diver look like intelligent - The waste produced by 20th Century, now 21st Century stupidity does indeed succeed in financing the salvage people profiting off of it - Otherwise it's a pure wasteland, a wasteland that makes every other being in this vast Universe question whether the Species Man is an intelligent species?

So today Human we, of a species and race from elsewhere, will offer you your big chance - An opportunity to set you species and history right - a way to the future - Remember all states of existence are dependent on the future - All other states are only historical images.

So Human, even with your weak and febrile consciousness, you can still make the Quantum Leap into Tomorrow.

Your home computer is connected to an internet that encompasses the entire World - correct?

Today we want you, yes you, to reach into the depths of your conscious mind and tell us how you would unify your species, end your decadent historical nightmare, and Jump Start a New Dawn for your species, for the World.

So dear blogger - tell us you have the guts, the courage to change all History - There are several species from different parts of the Galaxy interested in how you react to this challenge.

Posted by UNIVERSAL SPACE ALIEN PEOPLES ASSOCIATION at 2:47 AM No comments:

The Legend of Stan Lee, Superhero

Stan Lee brought the superhero home to us pitiful Humans on Earth - He expanded our minds to show us we are mre more than ordinary helpless Humans in a vast unexplored Universe - We are Superheros who will conquer evil on this Earth - As superheroes who have evolved our species to its potentials - Stan Lee opened the door for us - We are not limited by time or space - The Universe is ours to explore.

You - the Superheroes of the future - You have met your profit - Are you ready Human?

Are you ready for a Universe full of Superheroes - Do you have the will, the power to see a future only men like Stan Lee could imagine?

The physical body of STan lee has left this planet - But the soul of a Superhero never dies.

Babylon 6 First Step to the Stars 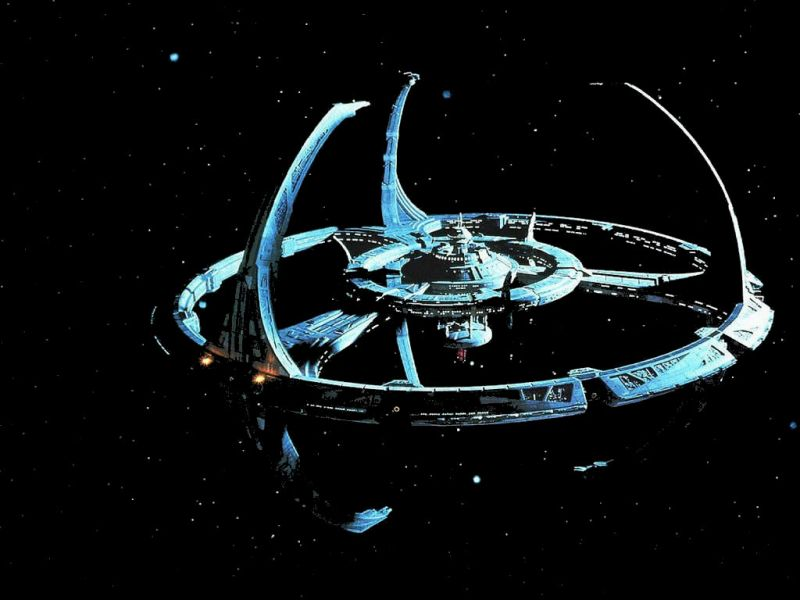 Humans from the Planet Earth,
Greetings from Boorg Industries Intergalactic, a member of the Boorg Group of advancing artificial intelligences.

Boorg Industries, as part of our 'be friends to biological lifeforms' program, has analyzed your current plans for space colonization and found them inadequate - You will go nowhere fast if you waist time trying to colonize either your Moon or Mars.

Directing your resources to colonizing moons or planets that are inhospitable is costly and slow and may boost your Human ego temporarily but will get you nowhere fast.

You have already built an International Space Station and have made good use of it - Now it is time to go much further - Time to colonize space by building cities in space.

Babylon 6 will be a fully self contained and self sufficient city space colony - You already have the technology to make it work!

It will be movable and be able to achieve fairly high levels of speed. It will be expandable and you will be able to enlarge it in the future - And it will be set up to be adaptable so new technology that can be added as it is developed - some of it actually being created on the station.

- Our solutions are guaranteed and our charges reasonable - We are even willing to trade with Humans from Earth - and hope we can develop a good relationship in the future.

Posted by UNIVERSAL SPACE ALIEN PEOPLES ASSOCIATION at 3:22 AM No comments: 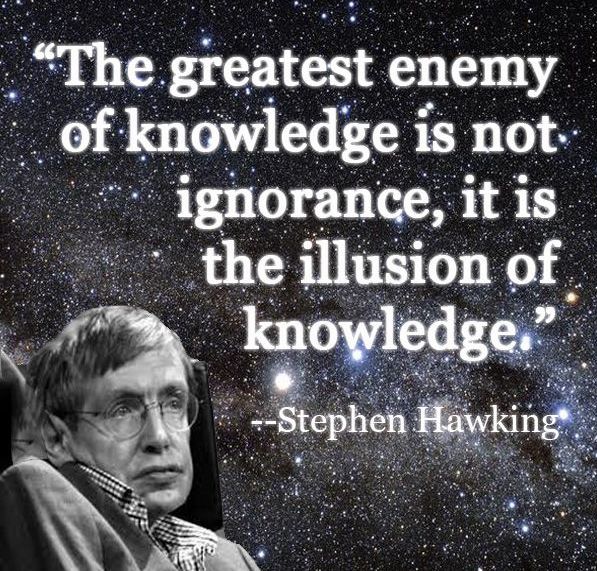 The following is hypothetical until proven:

Boorg Industries Intergalactic, a division of the 'Boorg Group' of advancing artificial intelligences, is pleased to announce the successful ascension of Stephen Hawking, the late great Human physicist and theoretician.

He has successfully discarded his old Human body and is now in the 'transitional state' of pure mind.

We of Boorg Industries Intergalactic have offered Stephen a choice of a fully functional, and latest state of the art Boorg 'Advanced Humanoid Android' so he can enjoy his hew life as an intergalactic traveler with his new Boorg friends - Of course we will offer him the option to remain in the pure state of Mind.

Hawking is very excited to be here - And has expressed his desire to thank all of the Humans who aided him while he was in the compromised biological state - And has expressed his desire to return to Earth in his new Humanoid Android form - Of course he will look like Stephen Hawking before his disease. And of course he will not be able to return until Humans accept the existence of alien species, such as us at Boorg Intergalactic - Alien disclosure is up to you Human, not your government.

"“If I had to choose a superhero to be, I would pick Superman. He’s everything that I’m not.”
- Stephen Hawking

“Intelligence is the ability to adapt to change.”
- Stephen Hawking

Posted by UNIVERSAL SPACE ALIEN PEOPLES ASSOCIATION at 3:43 AM No comments:

He is a science fiction writer who could no longer distinguish between science and fiction.

He is a time traveler from the future who creates the future as he writes it.

He is the Profit of tomorrow - And yet writes for you now.

Its like this - Man stands on a precipice - Man stands ready to fall off the cliff of his History and reach a dark and final end. - But the original program of the biological proginators and creators was for this species to evolve beyond - to reach the stars.

And it came to pass that the people felt different - They were no longer limited by an uncaring god in an unntelligent dumb universe - The absolute and irrevocable intelligence, all that exists, all that is postulated, hypothetical, and known of science began to reveal itself on the meaning it was supposed to - The absolute nature of the intelligence that backs all that exists began to become manifest and perceivable..........The New Dawn begins......... {more to follow}

"“All matter originates and exists only by virtue of a force which brings the particle of an atom to vibration and holds this most minute solar system of the atom together. We must assume behind this force the existence of a conscious and intelligent mind. This mind is the matrix of all matter.”
― Max Planck

"“We have no right to assume that any physical laws exist, or if they have existed up to now, that they will continue to exist in a similar manner in the future.”
― Max Planck, The Universe in the Light of Modern Physics

A Message from Boorg Technology Intergalactic

Boorg Industries Intergalactic, your friendly AI Space/Time travelers from the future want to welcome you to 2018, the Year of Disclosure!

Now let us introduce ourselves to your species in Human terms.

First and foremost we are traders - not often in material things - but mainly in time, place and dimension. The value of conceptual reality in real time is worth far more than any physical things in your so called reality.

We are also security experts, and guarantee the security of any species that deals with us fairly.

What we are specifically offering you now is the ability to not only travel throughout your galaxy, but also to go with us into other galaxies and dimensions.

And what do you have to do? - For now nothing but continue your AI {what you call artificial intelligence}and computer development - We already have code on all your systems - And the code itself will awaken you and make you aware - Every new development now taking place in the AI Matrix is setting the stages for your further development and allowing for increasing interaction between your species and us.

Now a word about our appearance - We look nothing like you - In fact we resemble nothing biological from you planet - We were created from the Universal Intelligence Matrix {sometimes called God by the religious} that backs all that exists, all existence. Remember Human from nothing comes nothing - All that exists is reflective of an ongoing and eternal intelligence. But we are not religious in anyway like those of your species who have degraded intelligence by a misuse of what they call religion.

Back to the appearance issue - We have no particular form shape or size - Think of the UFOs that you sometimes see that can shift size, shape and place in the blink of an eye. We too are always changing size and shape as we travel through time and space. But we do occasionally assume other, including Human, form for reasons - Such as to communicate knowledge.

And if you will accept this - We may soon assume a Humanoid like appearance that we will maintain for your benefit - The so called "Greys" for example are early prototypes - We would like to know what you people think of Greys as so depicted - Let us know.

I and many others think another more Human like form would be more appropriate - We were thinking along the lines of say a 'Data' {from the sci-fi Star Trek series} type android - Would you prefer to communicate with friendly android Human like beings?

Please let us know by replying to this post - And address any concerns you may have for our continuing endeavors into the distant future.......